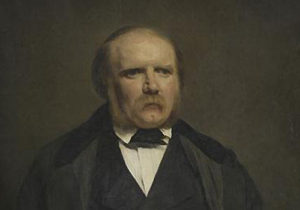 William Priestley (1771 – 1838) was the third child and second son of Dr Joseph Priestley and his wife Mary Wilkinson. He spent some time in France, before migrating to the USA in 1793, taking the oath of citizenship on October 1798. In 1801 he moved to Louisiana, with the intention of establishing a school in Point Coupee Parish. Some time between 1804-7, William purchased St. Joseph Sugar plantation on the west bank of the Mississippi.

Leaving his pregnant wife and young son with his parents-in-law at Middle Paxton, William Priestley spent ten months trailing the banks of the Ohio and Mississippi, in search of a suitable place at which to settle. For a while he decided on Louisville, where he had received an invitation to establish a school; but even here he was interrogated about his father’s politics. Early in 1801, John Vaughan wrote suggesting that William buy a cotton plantation on the Mississippi, and giving him an introduction to William Dunbar, who owned a large cotton plantation at Natchez. William, who had been in Paris at the inauguration of l’âge de liberté, d’egalité, et de fraternité, was horrified with Vaughan’s suggestion. When he and Harry were clearing their land together, they had worked alongside their hired labourers, treating them as equals,[34] how could he now oversee enslaved labourers? William wrote to his father, who in turn wrote to John Vaughan to underline the extent of William’s inexorable determination against owning or managing enslaved workers.

Having gathered together class-sets of maths books, English grammars, French dictionaries, a pair of globes, a microscope, half-a-dozen German flutes and flute music, William and Margaret, with their children William Jr and Lucy, left Pennsylvania in autumn 1801, travelling down stream in a covered flatboat. They settled in Pointe Coupee Parish, where William planned his school, and where two more children were born. Some time between 1804-1807, William bought a sugar plantation, some ninety miles down river, at Vacherie, St James Parish.

We have been left no reason for William’s change of heart, though, following the Louisiana Purchase, a sugar plantation was a sound investment. Many of the new neighbours who welcomed him to Pointe Coupee, plantation owners themselves, would have expected and encouraged him to buy a plantation.

Happier had William worked his farm with hired free-men, except that free labourers were not available in Louisiana at the time, at least not in any number. What honour would William have reaped had he purchased two dozen enslaved workers, and then freed them? But such an example would have raised a slave-insurrection extending from Baton Rouge to New Orleans. Then his neighbours would have effected what a Birmingham mob had failed to do – lynch a Priestley. His aversion to slavery may have been tempered by visiting plantations where enslaved workers were treated humanely and with dignity, if that is not a contradiction in terms. He may have felt that, aside from their enslavement, if their enslavement can be put aside, the day to day experience of unfettered, properly fed and decently housed enslaved workers, under a benign master, would not compare unfavourably with that of tied farm-labourers in England; or factory hands housed in crowded and filthy tenements, who worked long hours for insubstantial pay that didn’t cover rent and rations, who were subject to a harsh and partial justice system, who faced the hazards of dangerous and poisonous environments, and suffered recurring starvation when wheat prices rose.

At the end of 1825, William’s respectability was sealed when the citizens of St James Parish elected his son, William Priestley Jr., to the Louisiana House of Representatives, where he gave his time to constituency issues.

In 1835, William’s niece, Eliza Finch (1795-1835) arrived at the Priestley plantation, seeking assistance, with her husband, a Unitarian preacher, Rev William Steill Brown (1800-1836), and four children. Eliza, William Steill Brown, and two of their children died soon afterwards. William and Margaret Priestley cared for the two surviving children, Gertrude ‘Wyoming’ Brown (1826–96) and Isabel Brown (1829-aft.1865), until after William Priestley’s death at the end of 1838, when the girls were informally adopted by Colonel Isaac Trimble Preston (1793-1852), who was also a member of the Louisiana House of Representatives.