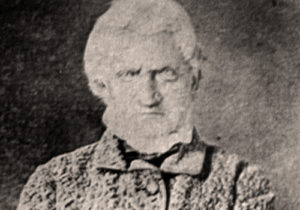 Cazimir Bernard Mericq was born in 1788 in Hure, France. He entered college at the early age of 11. Accepted as a doctor in Paris, France in 1812, Cazimir became surgeon of the third light calvary regiment. He was distinguished for his courage, humility and zeal. Having served in Napoleon’s military and after the battle of Waterloo, Mericq left France and came to America. After arriving in Louisiana, he first lived and worked along the Red River, and in 1830 he moved to St. James Parish and purchased St. Joseph Plantation.

Dr. Mericq’s work included in caring for the families, hired hands and indentured servants of the many local plantations. The tours of St. Joseph Plantation include a visit to his office which contains much of his medical equipment. Dr. Mericq died on May 27, 1858.